Property and investment experts at Garness Jones believe ‘the time is now’ for new businesses to invest in the changing face of Hull city centre and provide facilities relevant to meet the needs of a ‘new community’ created by residential developments.

New houses and apartments have been springing up throughout the city centre over the past 18 months to two years, with many former offices and vacant buildings transformed into modern living spaces.

It has been led by the successful transformation and regeneration of Humber Street in Hull’s former Fruit Market, with the development of more than 100 homes and apartments sitting alongside new independent stores, restaurants and galleries.

Now, a ‘ripple effect’ into areas in and around Hull’s Old Town can continue the transformation of Hull’s city centre.

It comes as 45 high-spec apartments are being created in the former Essex House office block, off Alfred Geldar Street, and a further 94 apartments are planned at the former police station in Queens Gardens, forming ‘The Glass House’ development.

A further 58 new flats are also planned as the former Hull City Council offices at Tivoli House, in Paragon Street, are given a new lease of life.

Having seen 30 one and two bedroom apartments in the £6m King William House development rented out within three weeks of being made available, Paul White, who is handling sales of retail units in the same development at Garness Jones, says there has been no better time for businesses to look to Hull city centre.

He said: “We’ve long heard about the decline of Hull city centre but that has been solely on the retail perspective, which is natural when big name stores close and move out. However, a lot of work has been done behind the scenes to influence a clear change in how the city centre, its properties and spaces are used and developed going forward.

“There has been a clear change in approach, focused on regeneration of key areas and led by developers who have put people back into the heart of Hull though a mix of new living and office developments.

“There is a new city centre community developing which now needs servicing through the right mix of retail and leisure so the time is now for businesses to take their opportunity.

“In many ways it has to replicate what has happened in Humber Street and we will see a ripple effect into the Old Town. We need the leisure and entertainment venues, we need the restaurants and we need the offices to serve this new community day and night. “

Mr White says he has had ‘significant interest’ in the business space within King William House, standing directly opposite Hull Minster in Market Place and short walk from the Fruit Market and Whitefriargate, which is also set for a major revamp as grants are being offered to help private investors improve frontages and attract new leisure, boutique retail, food and beverage businesses to open.

“King William House provides the ideal space for restaurants and large leisure units and it now has a vibrant and growing community to serve, with 30 full apartments directly above and more residents set to be added to the city population over the next 12 to 18 months,” added Mr White.

“We’ve just seen the £12m Castle Street footbridge put into place, a clear visible indication of how the city centre, and particularly the Old Town area, is being better linked to the Fruit Market.

“Hull City Council also deserve great credit as huge investment has been put into improving the city centre, and now it is of course investing a further £1m to support the redevelopment of Whitefriargate,

“What we are seeing is the changing face of Hull city centre and that is something we are very excited to be playing a part in.

“What happened in and around Humber Street has provided a blueprint to follow. The Old Town of Hull will be the next place to benefit from an entirely fresh, vibrant feel, and that is positive for the city.” 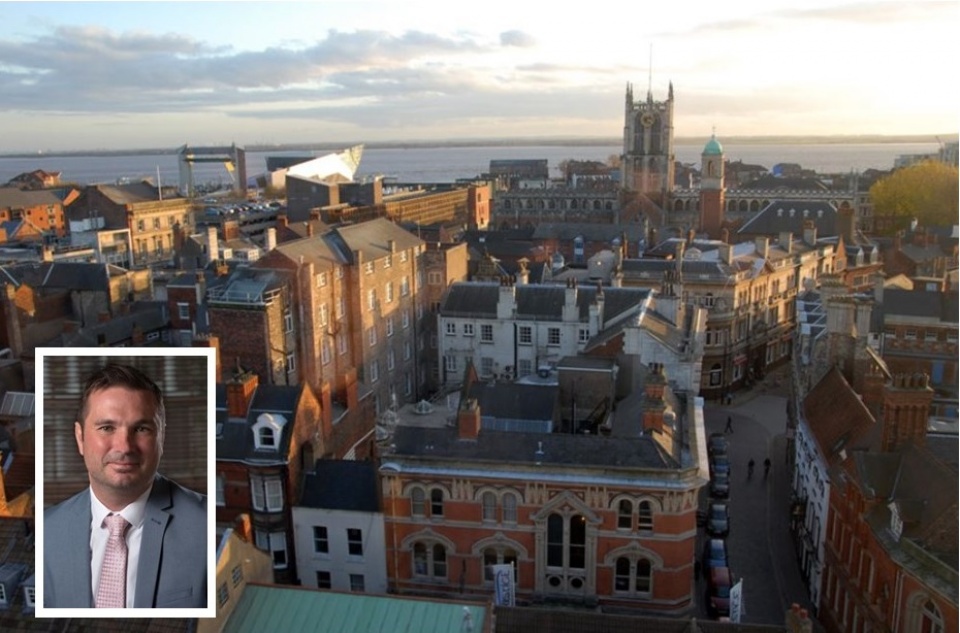